On August 27th, 1927, Robert (Bob) Sell was born in Angels Camp, CA. Even in his younger years, Bob was a dedicated hard worker, working several odd jobs at a time to make ends meet. Bob left to serve his country as a Marine in July 1945. He spent much of the time on the SS Sturgis transport ship, traveling to many places, including 3 tours to Japan. He came back home to his family in April 1948. 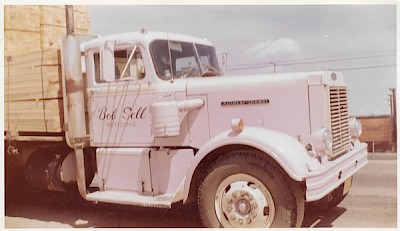 In 1951, Bob moved to Redding, Ca. This was the beginning of a busy few years for Bob. In 1952 he began working his first job in Redding, as a mechanic for Don Rochlits Bros. making just a few cents an hour. With his saved earnings, he was able to purchase his first truck from his Brother Dave. An ‘Auto car’ truck he named “Lavender Liz”. Bob Sell Trucking was born. Bob began hauling Mining Timbers to many of the mines on the west-coast. 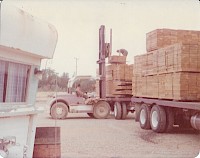 While nurturing a new family he somehow still found the time to grow his trucking business into a profitable enterprise. With long days, and many nights away from home his business took off. In 1962 Bob purchased land on Eastside road and working from a small travel trailer, started his 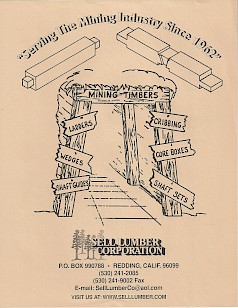 first "cut up plant" milling bridge timbers, horned cribbing and specialty mining cuts. Continuing to drive truck occasionally, and running the new plant, Bob dedicated every spare moment to his business. Every person he worked with could see his honesty and good nature. Everyone knew, if you needed a favor – ask Bob. His customer service extended far beyond the average. In the 70's Bobs business project had grown to a 20 acre - 9 truck operation.

In the early 80’s Bob expanded his companies image from mining to all areas of lumber, 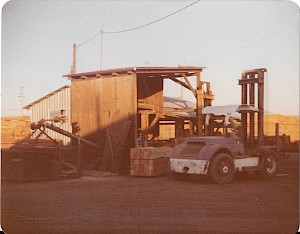 including the quality Crane Mats we build today. Bob Sell Trucking became… Sell Lumber Corp. Working tirelessly, with his family always by his side, he made a difference in every life he touched. Bob’s working relationships quickly became friendships. But Bobs quiet concentrated demeanor had a fun side. Whether he was running the tables at the El Dorado in Reno, or playing practical jokes on friends and family, Bob made time to have fun. Bob tried to enjoy every moment he had. Through several illnesses and some dynamic changes in the last few years of his life, Bob remained positive, cheerful, motivated and involved. His stubborn tenacity kept him fighting & strong. Even in his later years Bob still spent time at the mill working and overseeing what he could. At 90 years old Bob was even in the office the Friday morning prior to his passing on the evening of April 15th 2018. 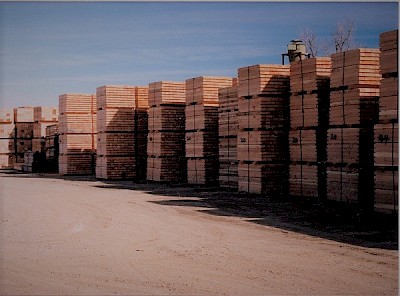 Now run by his daughter, Sell Lumber still holds to Bob's old school honesty and integrity. Customer service is the most important aspect of Sell Lumber. Whether you have an emergency delivery you need after hours, a special cut that no one else can do for you, or you just need to talk to someone that cares, Sell Lumber cares about its customers the way Bob did. Holding to his legacy tightly, our hardworking team of dedicated employees work on a 70 year old foundation built of morals, honesty and the perfect blend of Products and Service.

The quality of our Crane Mats sell themselves.

Drop Us a Note